My 5 Favourite Movies About Artists

Recently in Brisbane, the weather has been far from lovely, so I've been finding myself Netflix and chilling with my boyfriend while we hide from the rain. Last night I was wondering what I can watch next. I was craving something to do with the arts when I realised, that they don't cater for that and I wished they had better recommendations for movies that featured visual artists who have graced international galleries. I know that it can sometimes be a drag to scroll through the reviews of art-based movies... so I've taken the struggle away!

Don't be deterred by some of the release dates. Yes, some of them aren't as crystal clear as the films of today but they do have a great story to tell. I have incorporated some of the best artists from the 19th and 20th century (one movie also features David Bowie)! If you are looking for something to watch that entails the (sometimes tortured, cliche I know) creative mind of the artistic genius and all the drama that ensues their professional and personal life.. then this is the list for you. The film is an experimental animated biographical drama about the life of post-impressionist painter Vincent van Gogh, and in particular the circumstances around his death. It is the first fully painted animated feature film. Each of the film's 65,000 frames is an oil painting on canvas, using the same techniques as Van Gogh, created by a team of over 100 painters.

Visually I found this film to be angelic and beautiful as I am a huge impressionist enthusiast. I loved the fact that the artists who helped create this film used his techniques. Before watching this I had seen some of Vincent's works in person at NGV and MoMA, so seeing them referenced throughout the movie was a great way to reinforce how he felt when creating them. I think that telling the story through the protagonist, Armand was a brilliant method for the viewer to further understand how Van Gogh felt before and after his suicide attempt. Towards the end it really makes you think about the importance of mental health and how perhaps Van Gogh would have benefited more to our society now in regards to mental health treatment. This film depicts the professional and private life of the surrealist Mexican painter Frida Kahlo. Based off the book "Frida: A Biography of Frida Kahlo", you find yourself very touched by the troubles and beauty that she endures from early adolescence to her death. Frida won two Academy Awards for Best Make Up and Best Original Score among six nominations.

I first watched this movie with my sister and her boyfriend, one year after attending an exhibition about Frida's works in Sydney. I was so pleased that most of her popular and underrated works were featured within this film. Watching Salma Hayek portray Frida with such dignity, passion and grace was sensational. You can feel the happiness, sadness, love and grief that she would have felt in the hands of others who mistreated her and her misfortunes. This film is biographical and based off the book "Jackson Pollock: An American Saga" by Steven Naifeh and Gregory White Smith. It unveils the professional and personal life of abstract expressionist painter, Jackson Pollock. The movie follows his rise to fame with the help of Peggy Guggenheim supporting his creations both financially and within established galleries. The film highlights his marriage to Lee Krasner (an artist in her own right), his addiction to alcohol and developing anger problems.

It took me a minute to get into this movie as I hadn't really had much interest in Pollock's works when I saw them at MoMA. Once you get into the storyline about the development of his painting style then I started to enjoy his character more and more. I did find a new appreciation for Pollock and his works after watching this movie, as someone who has struggled with addiction I felt like I could relate to his outbursts and troubles. The film is a lightly fictionalised yet considered a semi biographical account based on the life of Jean-Michel Basquiat, who is an important postmodernist/neo-expressionist artist. It details his initial struggle, living in a cardboard box in Tompkins Square Park to his meeting with soon to be mentor Andy Warhol. Alongside the development of his artistic career, the film also follows Basquiat's personal relationships, his addiction to heroin and the racial stigma he faced as a young artist of colour.

Basquiat is a powerhouse of an artist and although this movie is mainly fictionalised in regards to conversations, the series of events are biographical. They did leave out some major players . (e.g. Madonna) from the plot but you can insert her where ever necessary if needed for a more biographical feel. This movie is a great way to introduce yourself or others to the man who is considered to be the most important artist within the 20th century. 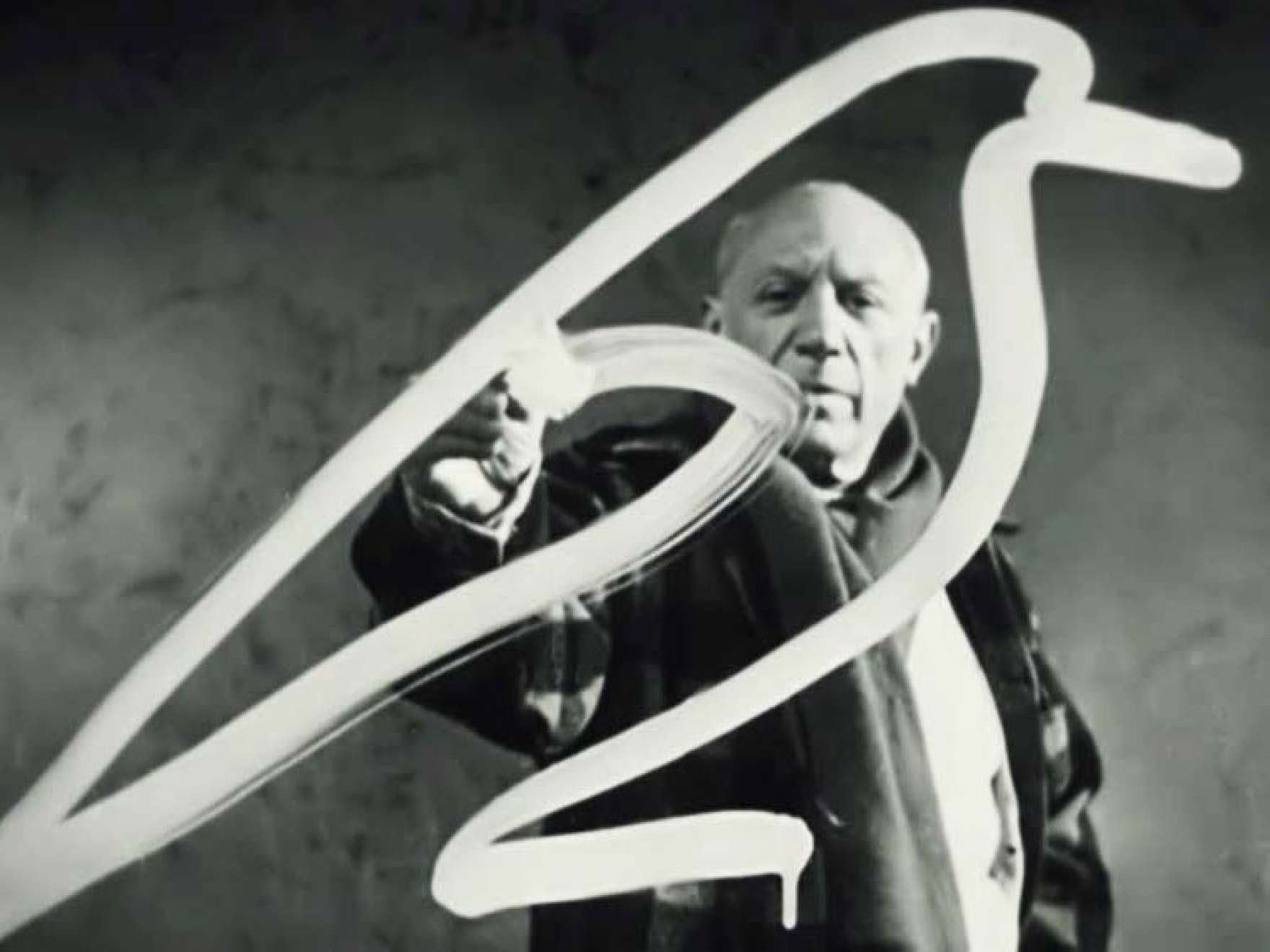 This film is a documentary about the painter Pablo Picasso, showing Picasso in the act of creating paintings for the camera. Most of the paintings were subsequently destroyed so that they would only exist on film, though some have survived. Interestingly, Claude Renoir who was the cinematographer of the film is the grandson of impressionist artist Pierre-Auguste Renoir.

Who doesn't love Picasso! He is a creative madman and the god father of collage, watching him create and demonstrate his talents with no fear of the camera.

I hope you enjoyed these recommendations and I would love to know which ones you decided to watch and what you thought. I have also other blogs about some of these artists and the links are below: